This is our story

While on our epic 50th birthday motorcycle road trip from Geneva, Switzerland (where we live) to Stockholm, Sweden, a strange thing happened.  We got seduced back into the sailing life!

How did that happen? By spending time in one of the most fabulous and little-known sailing areas of the world, Sweden.

It all started as soon as we reached east coast of Sweden. Our entire three-week stay can be described as a collage of maritime images — boats, islands, marinas and harbours. We started to long for the nautical life, a life we had left many years ago.

To backtrack, we were both sailors in our younger days.  Jacques grew up sailing. His father had a small boat, a Surprise, on lake Geneva (Switzerland). At 18, he bought a Tornado (catamaran) which he kept on Lake Geneva and throughout his 20’s chartered boats in the Mediterranean.

Kathy started sailing at 16, first on a Sunfish, then on to lasers, flying juniors, Hobie Cats and 420s.  It was always just for fun, never for racing.  She didn’t start sailing keelboats until she moved to Sweden. She began by sailing a 26-foot IF, and then moved on to a 36-foot Sveakryssare. Every spring, summer and autumn weekend as well as summer holiday was devoted to sailing.

In late 1994, Kathy was sent from Stockholm to Geneva on assignment. A year later, she met Jacques, who had recently moved from sailboats to race cars, thereby taking a “leave of absence” from sailing.  They did spend their two-week honeymoon sailing in Sweden, and a couple of years later chartered a boat in the BVIs, but their former lives, in which they spent almost every spare minute on boats, was over.

For the full series of posts about how they got their cruising attitude back, click here. 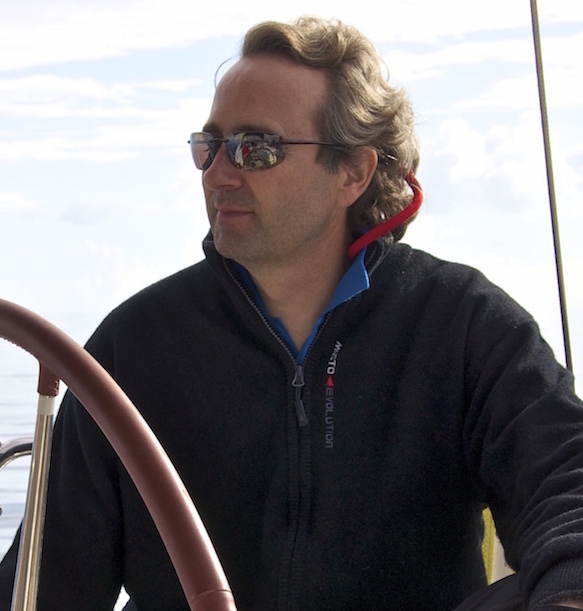 Is grateful for, among other things: the fact that Kathy knows Sweden and speaks Swedish, making it easier to keep our boat in Scandinavia; our beautiful, affectionate dog, Senna; the fact that he and Kathy have the same interests in life. 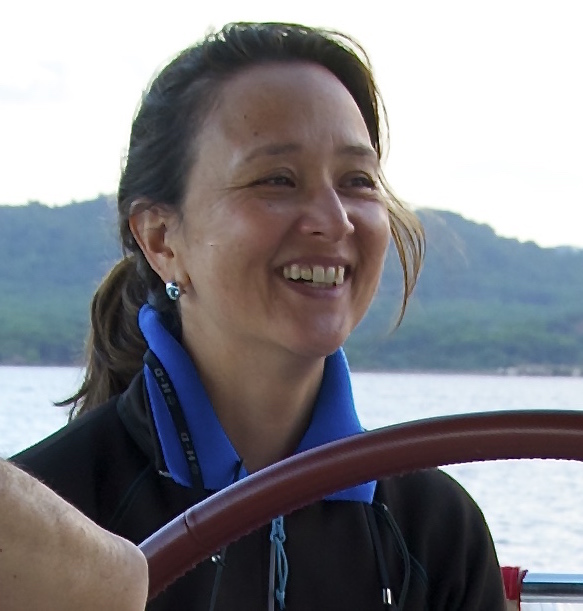 Is grateful for: so many things — for example: the fact that she and Jacques share many of the same interests and dreams, being able to live in the mountains during the winter and cruise during the summer, having stumbled upon the Discovery Yachts website, which led to their beautiful boat, having the ver best dog in the world, Mika.

Mika is our beautiful young Beauceron, born on September 24, 2017.  She is full of joy and fun and loves all other animals and people (wouldn’t make a great guard dog)!  She learns fast, and she’s become the perfect boat dog.  Mika’s never gotten seasick and sleeps during the entire voyage.  She has no problem taking care of “her business” on the foredeck.  Last but not least (for our boat neighbbors in anchorages and marinas), she’s not much of a barker.

Beaucerons (pronounced Bo-sir-ron) also known as “Bouviers de Beauce”, come originally from France and were used as herding and protection dogs for flocks of sheep / herds of cows and goats. 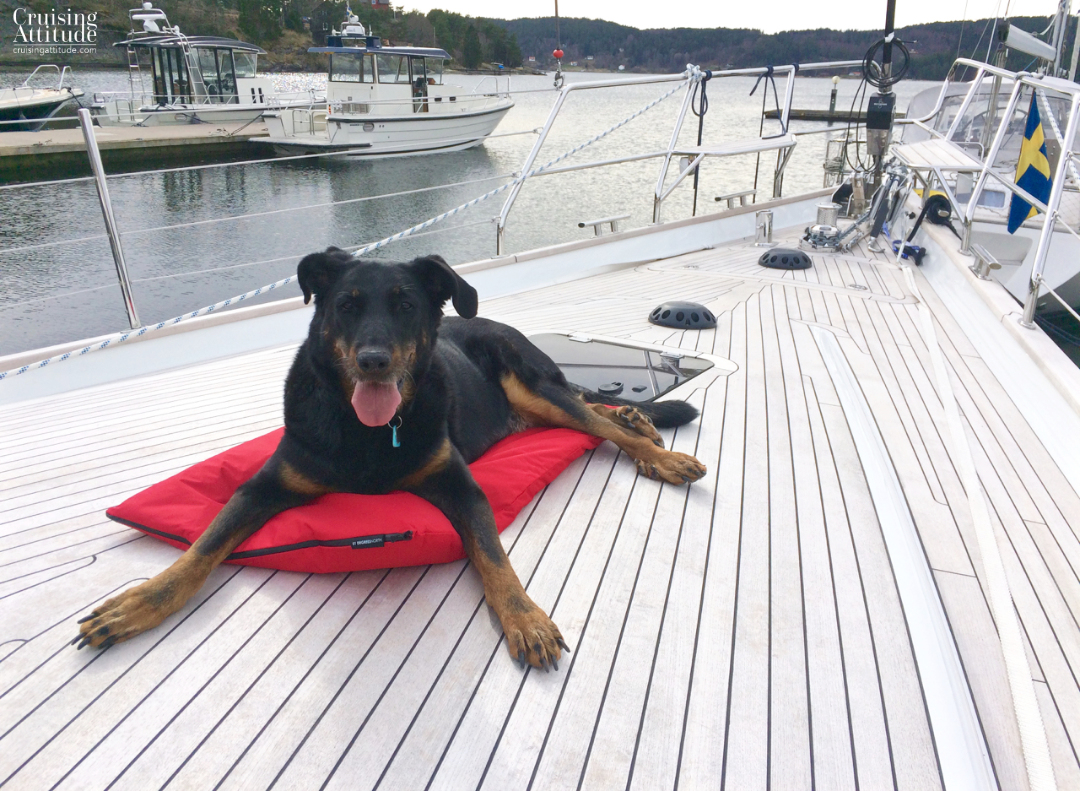 In memory of Senna, who went to doggie heaven in July 2017. She loved boat life.

In memory of Freja, who went to doggie heaven in April 2015. Our boat is named after her.

This website uses cookies to improve your experience while you navigate through the website. Out of these, the cookies that are categorized as necessary are stored on your browser as they are essential for the working of basic functionalities of the website. We also use third-party cookies that help us analyze and understand how you use this website. These cookies will be stored in your browser only with your consent. You also have the option to opt-out of these cookies. But opting out of some of these cookies may affect your browsing experience.
Necessary Always Enabled
Necessary cookies are absolutely essential for the website to function properly. These cookies ensure basic functionalities and security features of the website, anonymously.
Functional
Functional cookies help to perform certain functionalities like sharing the content of the website on social media platforms, collect feedbacks, and other third-party features.
Performance
Performance cookies are used to understand and analyze the key performance indexes of the website which helps in delivering a better user experience for the visitors.
Analytics
Analytical cookies are used to understand how visitors interact with the website. These cookies help provide information on metrics the number of visitors, bounce rate, traffic source, etc.
Advertisement
Advertisement cookies are used to provide visitors with relevant ads and marketing campaigns. These cookies track visitors across websites and collect information to provide customized ads.
Others
Other uncategorized cookies are those that are being analyzed and have not been classified into a category as yet.
SAVE & ACCEPT
© Copyright Cruising Attitude | 2023