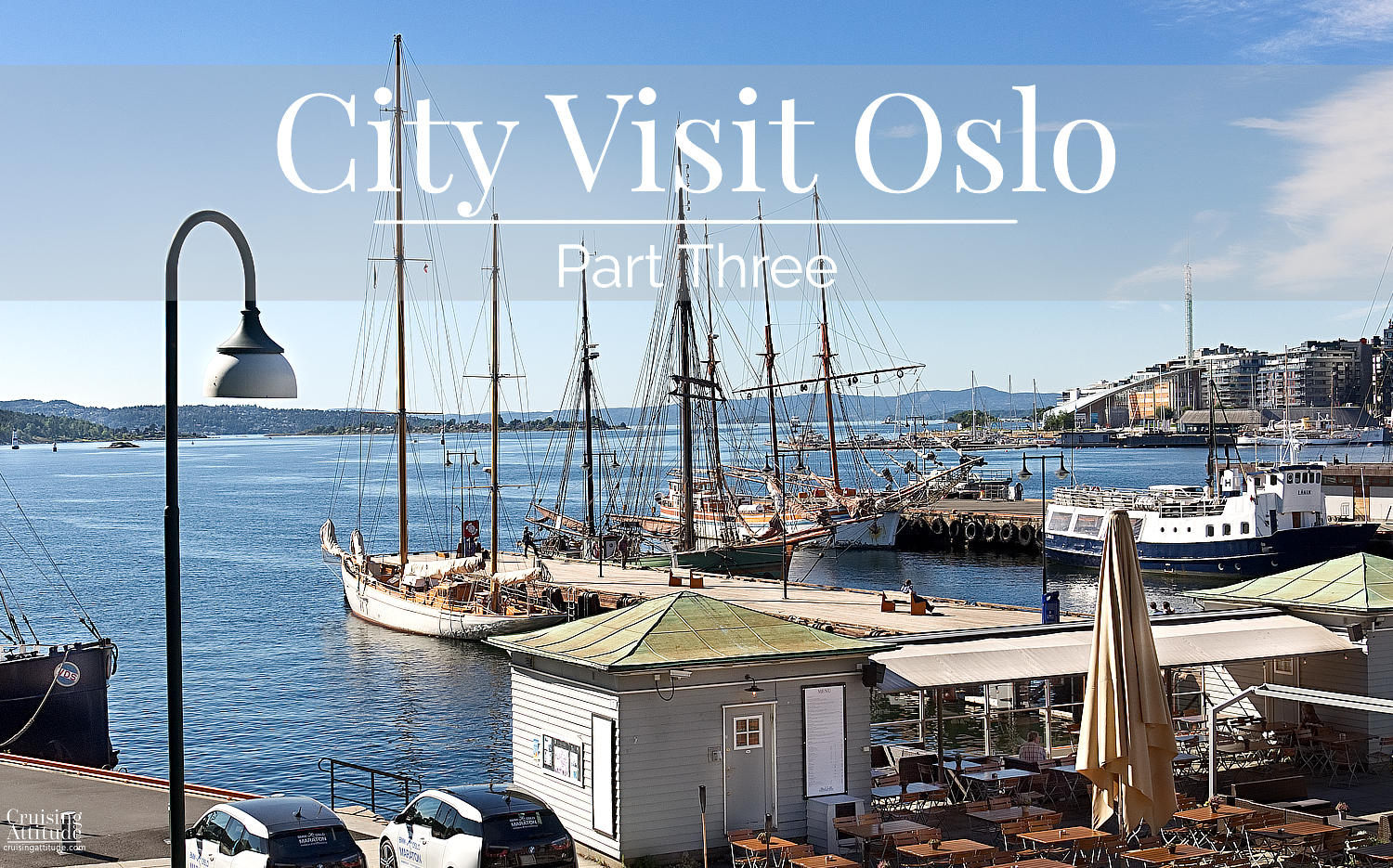 Continuing with our “Visit Oslo must-sees”, (see the first part of our list here) we recommend the Akershus Fortress and Castle, the Opera House (an architectural masterpiece), the Norwegian Folk Museum, and the Norwegian Maritime Museum.  You’ll want to stay in the marina for at least four or five days to really have the time to appreciate the entire list.

The Akershus Castle and Fortress

The 700-year-old castle/ fortress is one of the first things you’ll notice as you sail up the Aker Brygge Marina. It’s just on the other side of the bay.  If you arrive during the evening, you see the ramparts and the castle gloriously lit by a great number of spotlights. 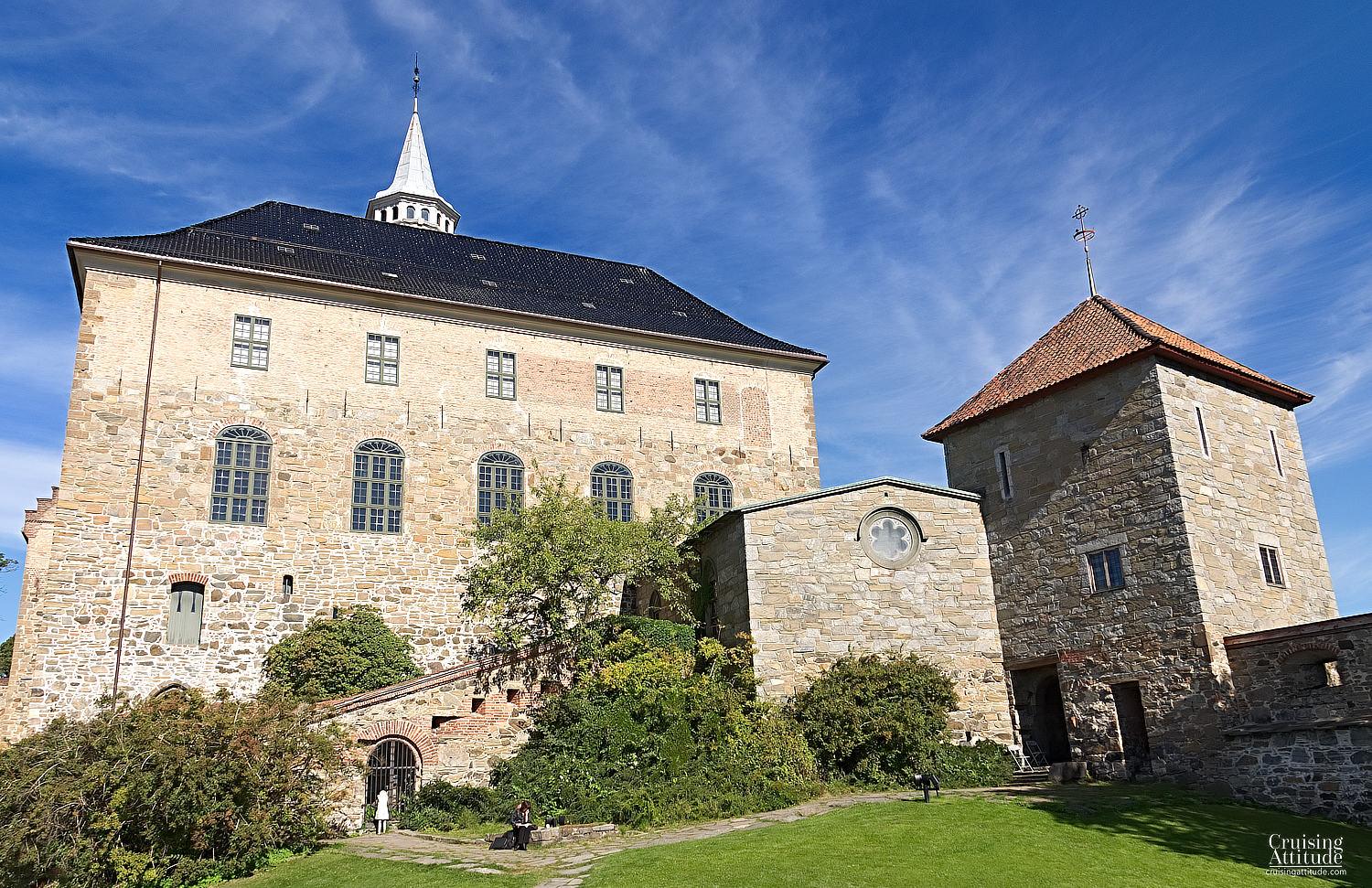 The construction of oldest parts of the fortress, as well as the inner walls, began in 1299, and that it took hundreds of years to build. The castle provides a lovely view of the Oslofjord and is surrounded by a beautiful park filled with stately old trees – perfect for a picnic! 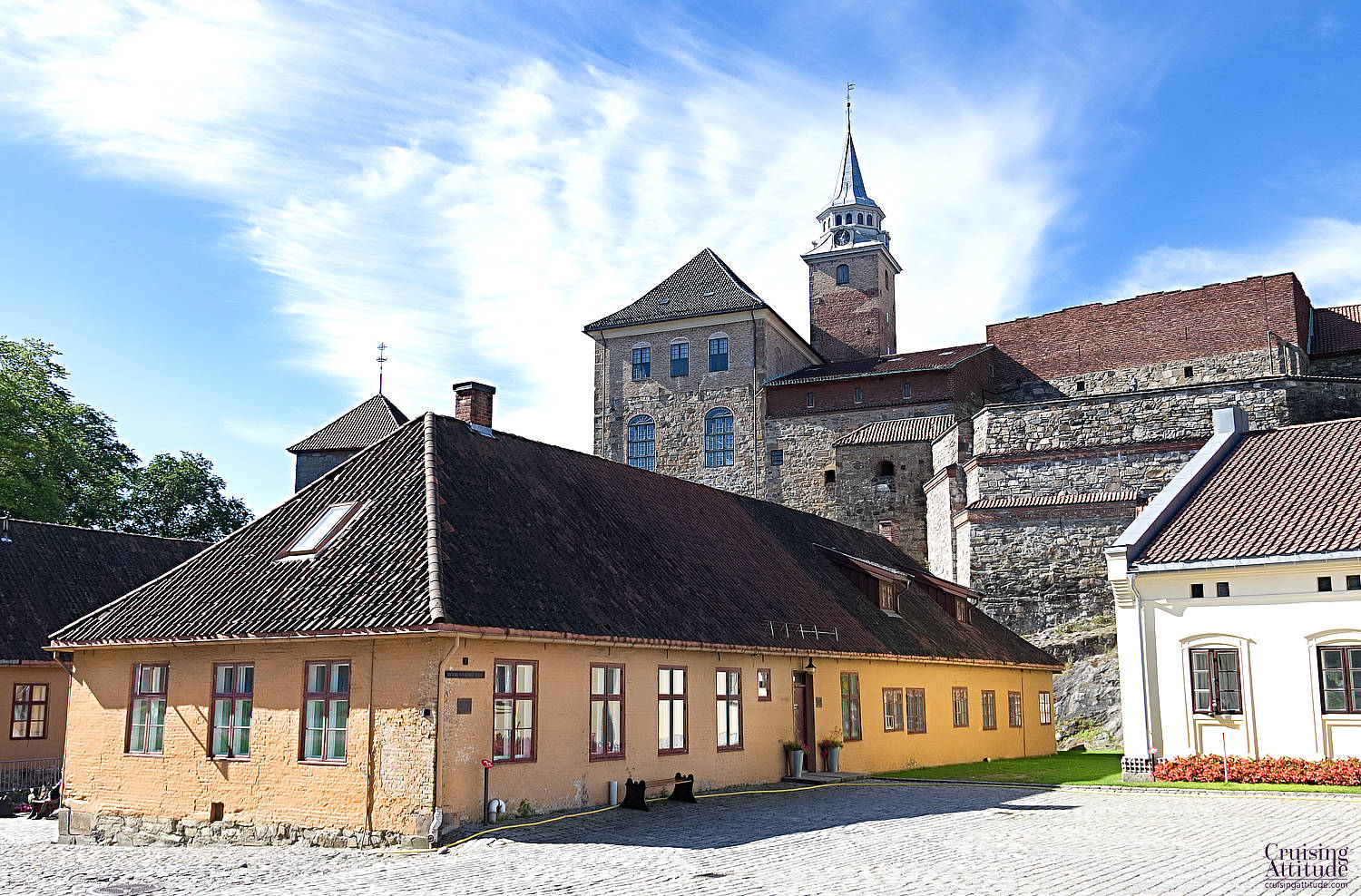 The Norwegian Folk Museum is part open-air and part traditional museum.  Being interested in architecture, the open-air part is what fascinated us the most. 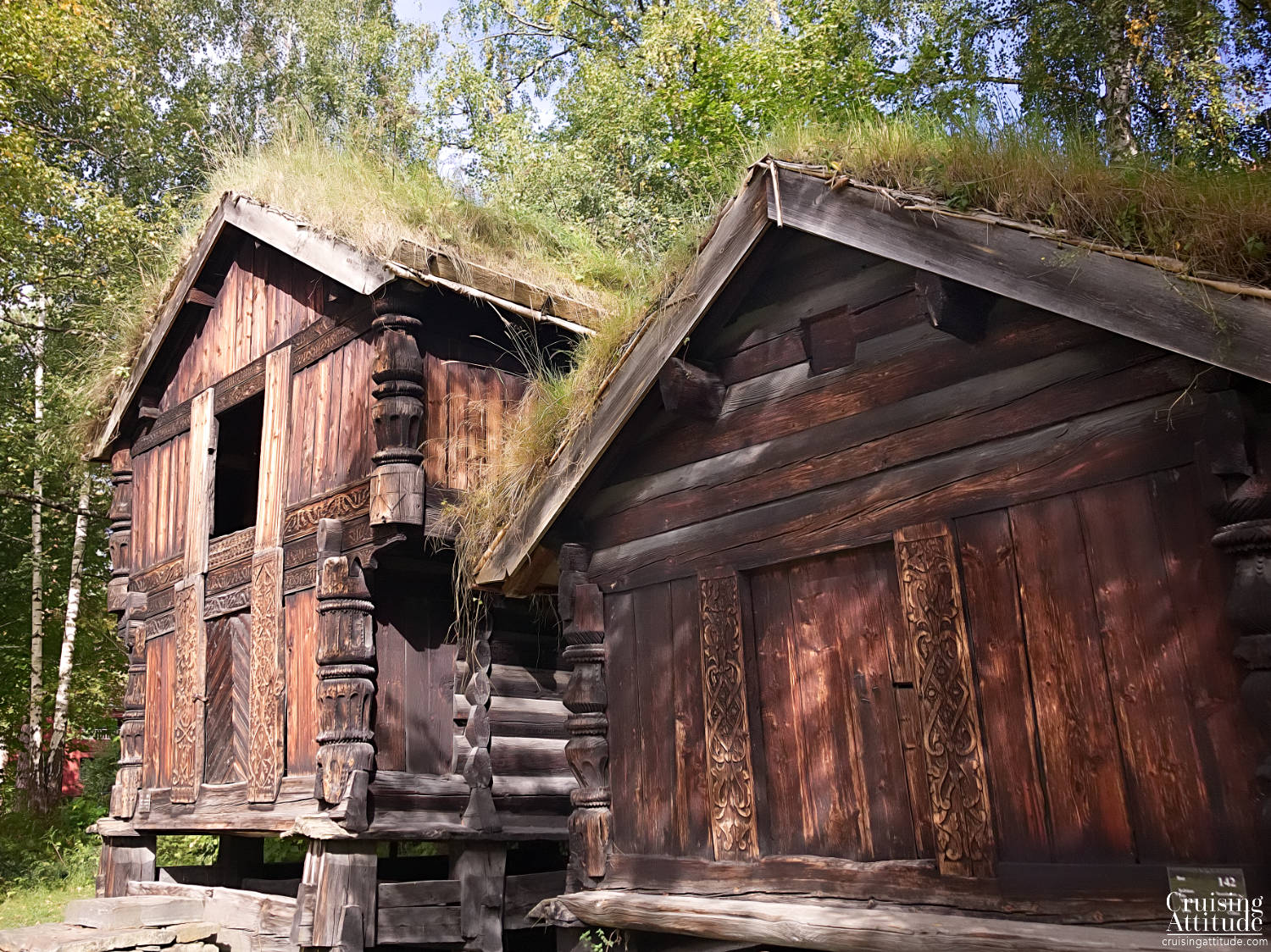 160 different buildings, houses and barns from all over Norway were moved here to represent the various architectural styles and ways of life in the country. The historic periods represent the middle ages until the 20th century. Museum staff are on hand, dressed in period clothing, to welcome you and answer questions in many of the buildings. 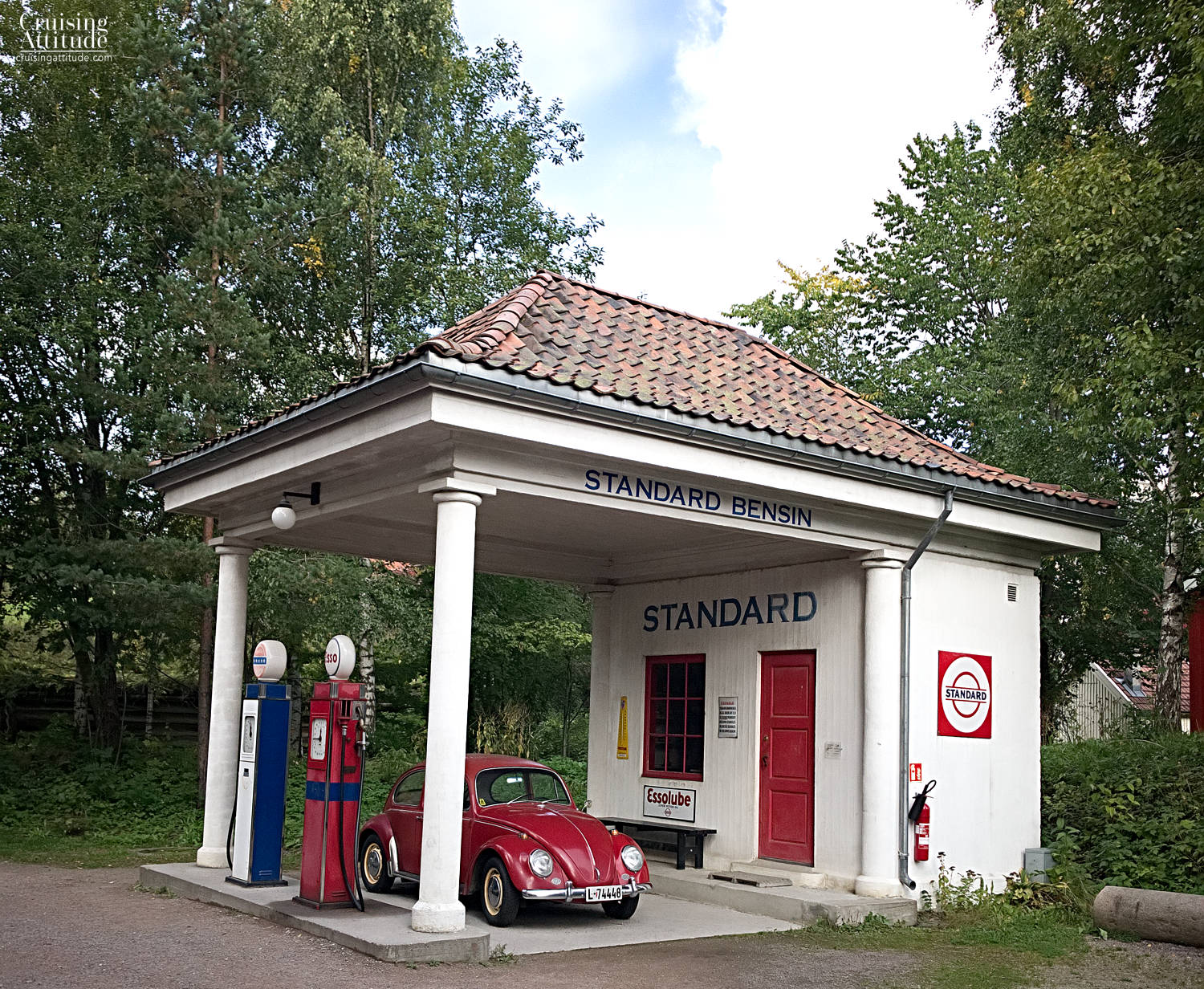 A service station from the 50’s, saved and preserved at the open-air part of the museum

The Urban part (the old town) of the museum shows buildings, shops and homes from Oslo and other smaller cities.  We found the old shops especially fascinating.

The countryside includes a working farm, complete with cows, horses, pigs, sheep, goats and geese.  You’ll see homes and barns from all of the regions of Norway except the coast of Lofoten. 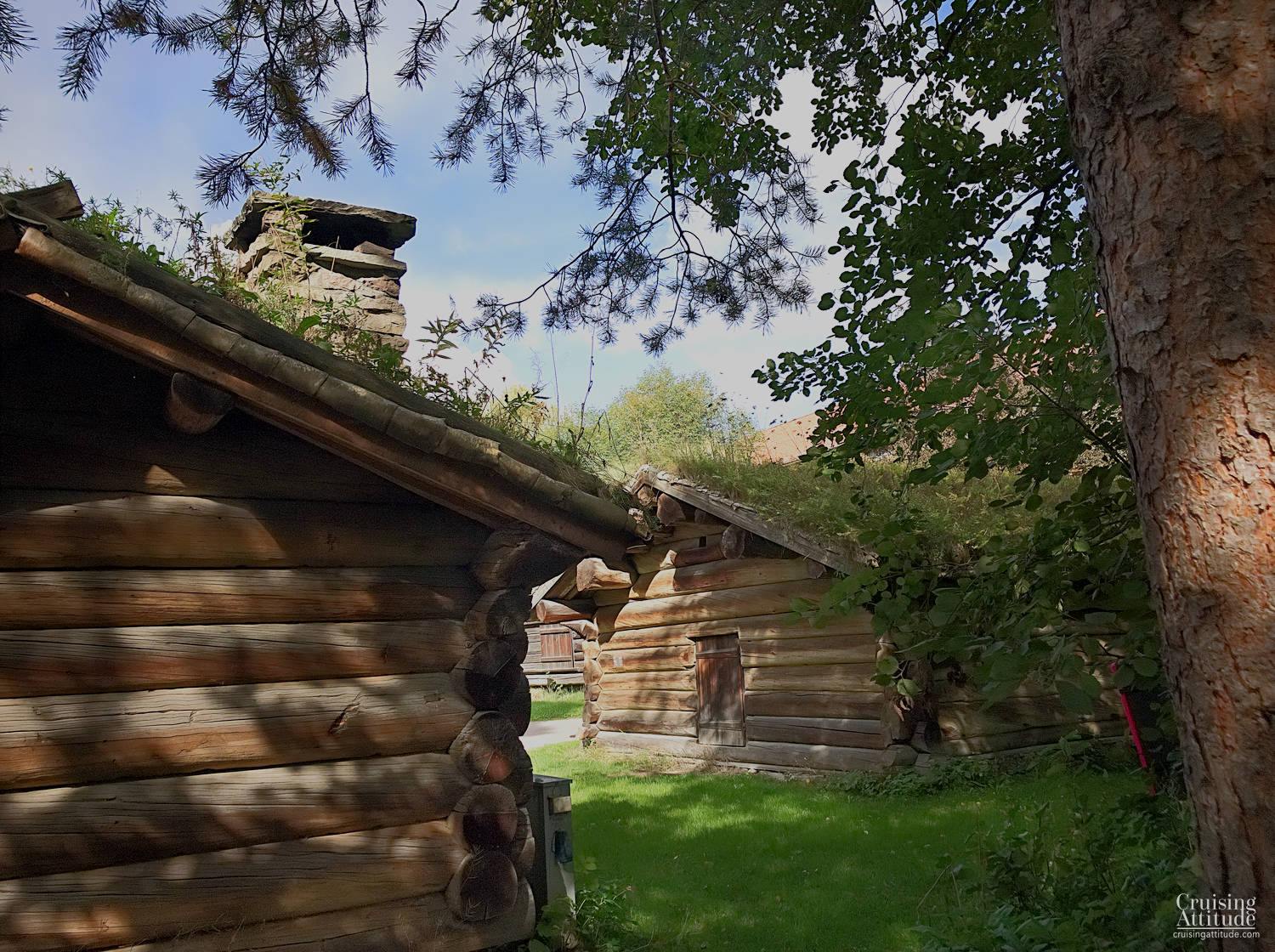 Save this visit for a sunny (or at least, non-rainy) day as you’ll be outside for most of the visit. 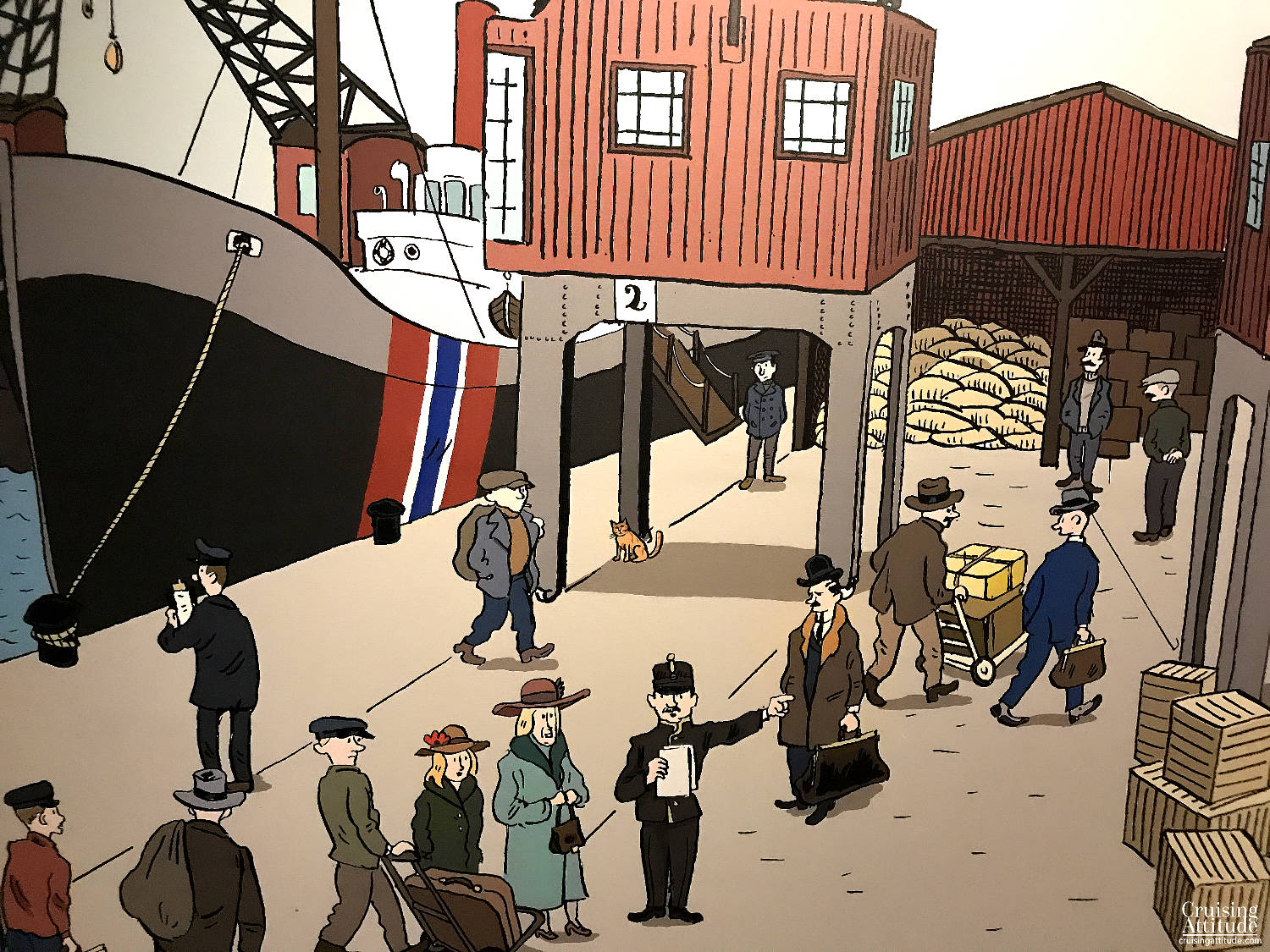 This museum is simply an amazing experience for those of you interested in all aspects of maritime transportation, travel and work. 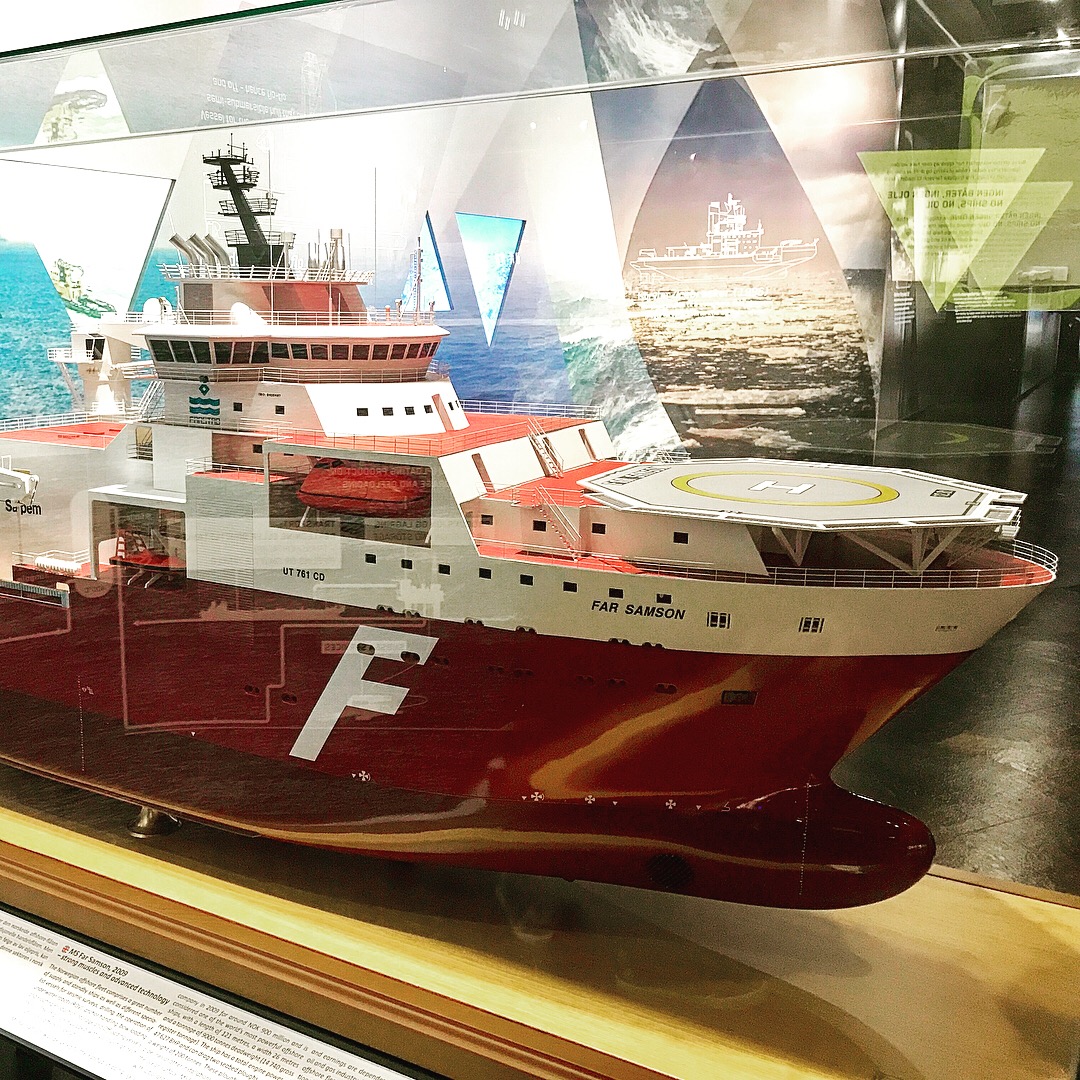 A large model of a modern working boat used to service oil rigs.

What we found most amazing and unique to this museum was the information on the technical ships you see almost only in Norway.  On display are big models of ships that transport oil platforms and equipment as well as ships that handle and place the huge anchors that hold them in place.  You’ll see modern ice-breakers and strange cargo ships made especially for the conditions in the North Atlantic during the stormy autumn and winter seasons.

Another exhibit we enjoyed was a computer simulation in which you could play a cargo ship captain, a shipping agent, or a shipping company owner. You chose a specific type of cargo that needs to go from point A to point B and you learn through the simulation how each of the 3 players in the scenario has different priorities and goals. It’s not as simple as you may think! 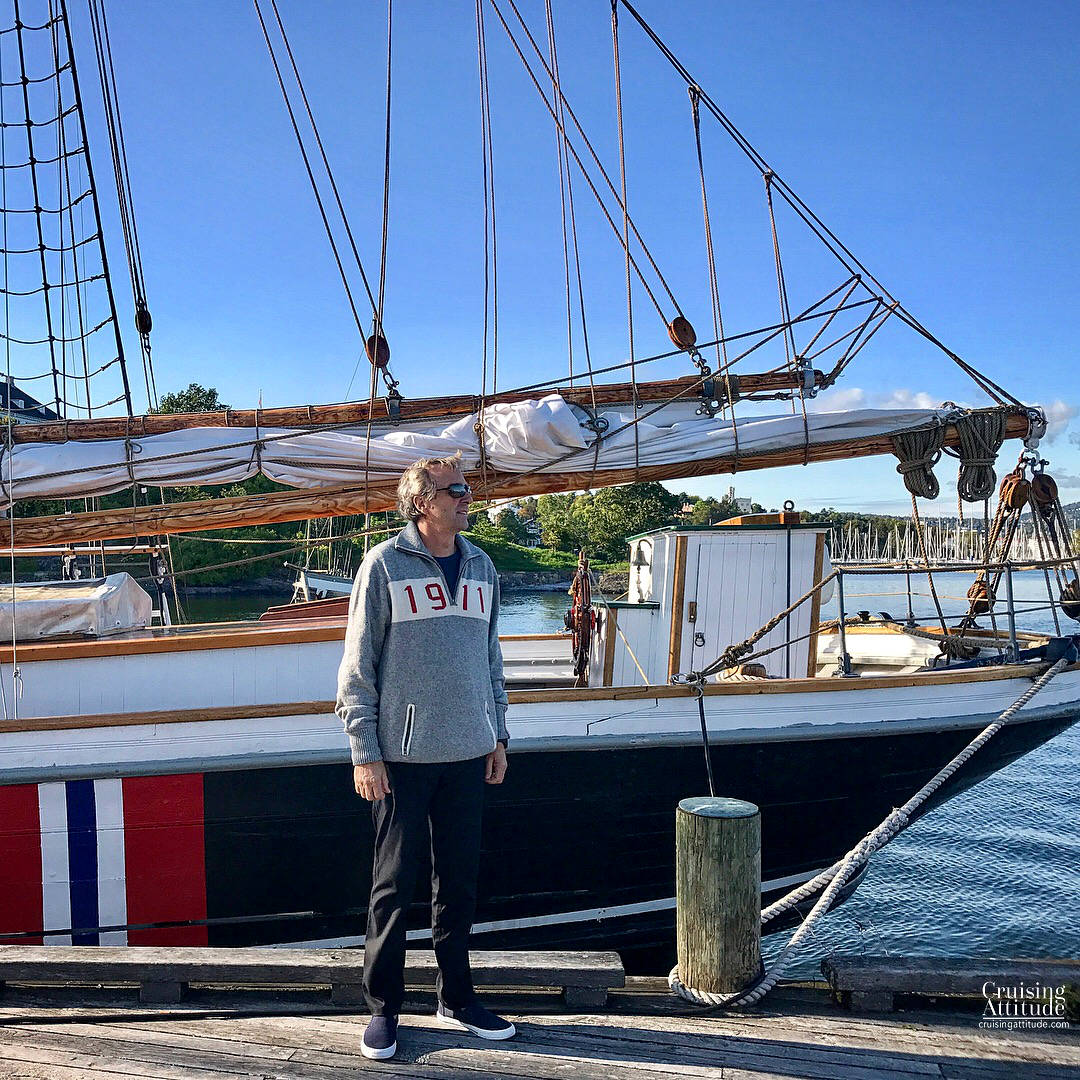 For those of you interested in modern architecture and design, a visit to Oslo is not complete without a tour of the Opera House. 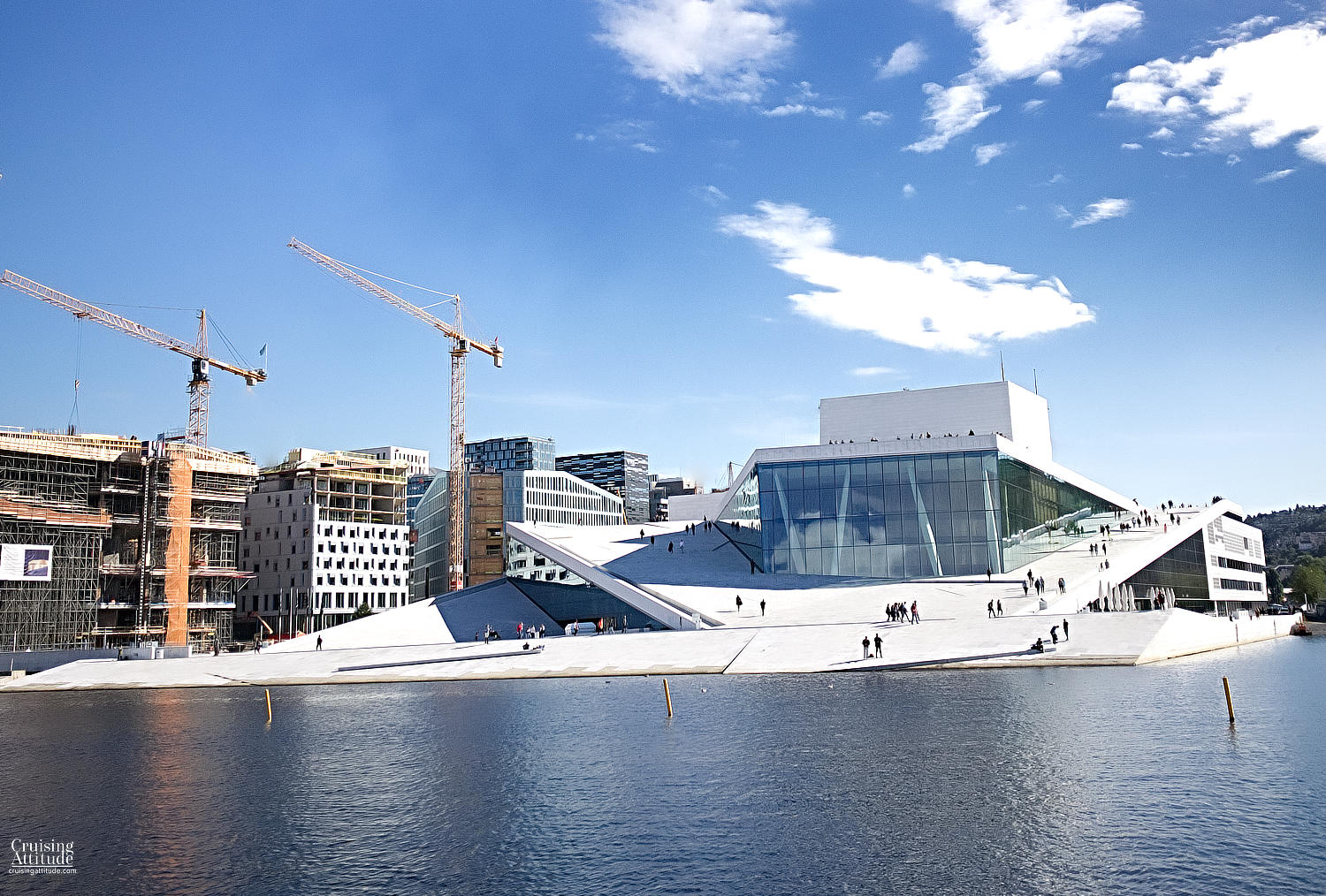 Designed by the famous architectural bureau Snøhetta in Denmark and completed in 2008, it is completely covered in white granite and white Carrera marble.  You can walk right up the building to the roof on the angled walkway.  The roof provides stunning panoramic views of Oslo. 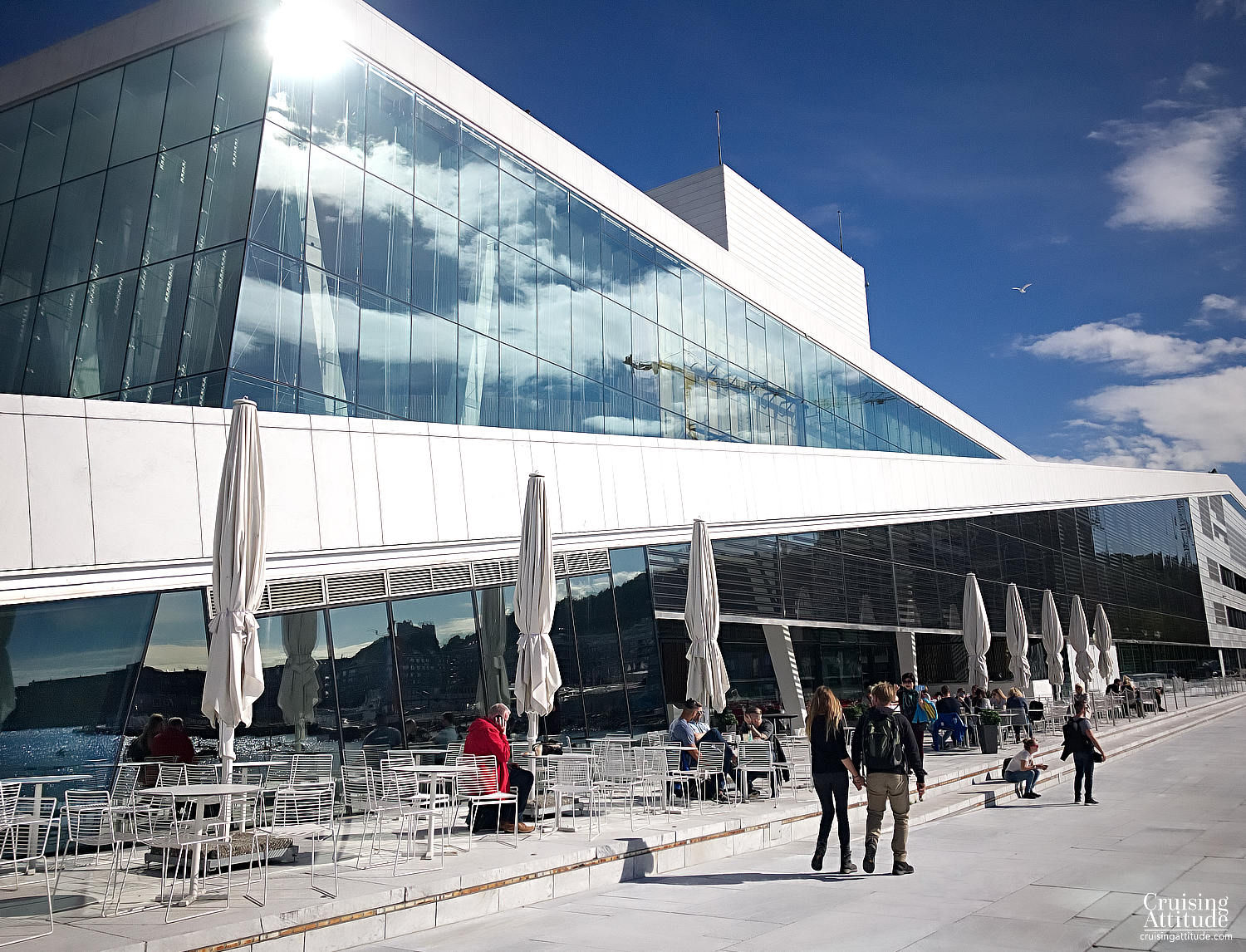 This part of the Opera House faces the Oslo Fjord 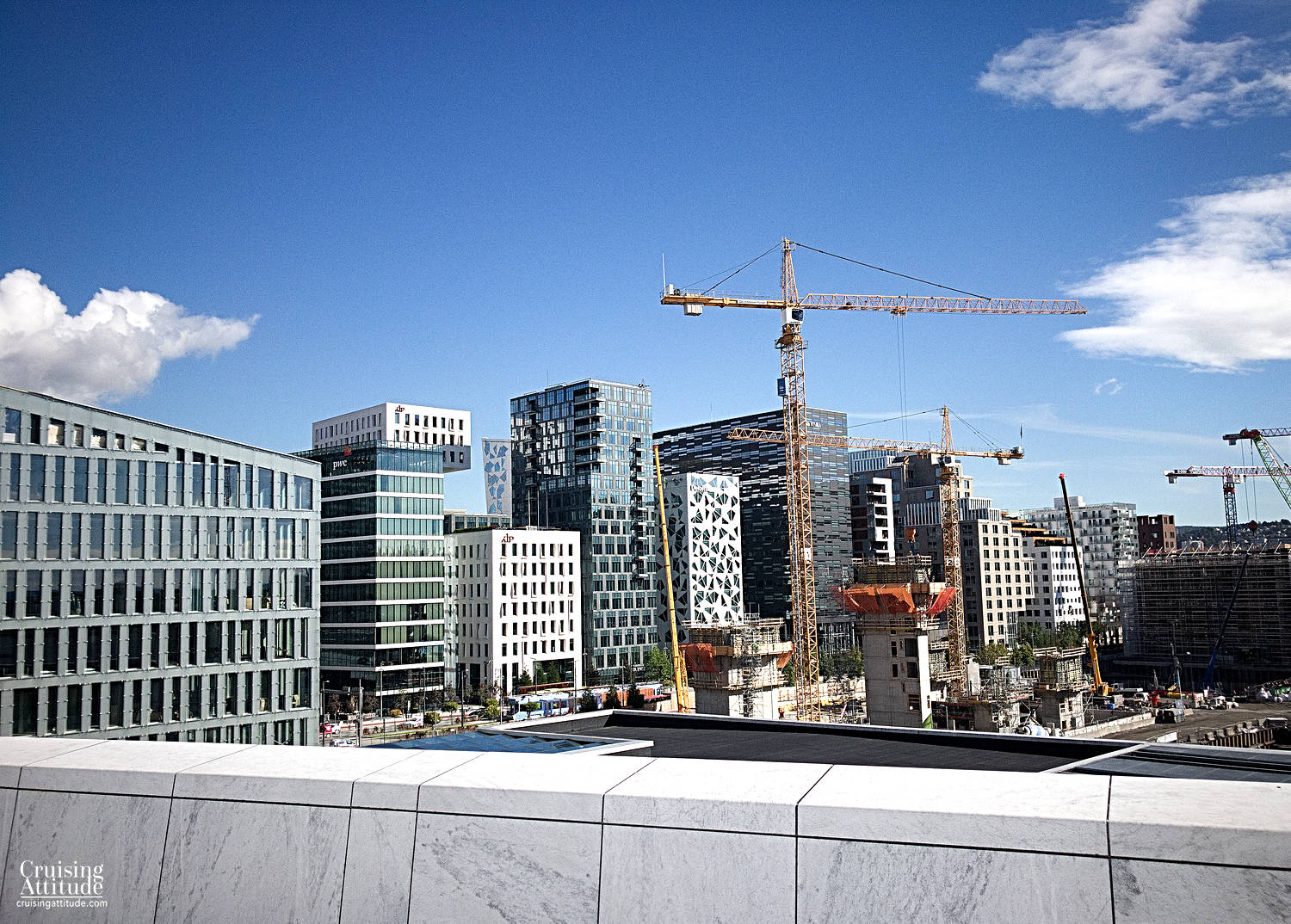 The district of Oslo called the “Barcode”, as viewed from the Opera House

The Barcode project may also interest you if you’re into modern architecture.  It forms a large part of Oslo’s Fjord City re-development project.  The entire area of the Opera House and the Barcode used to be a freight port.