We left Switzerland on July 5 with all of the equipment and clothing we would need for the summer of 2015.  22 Ikea moving boxes of it. 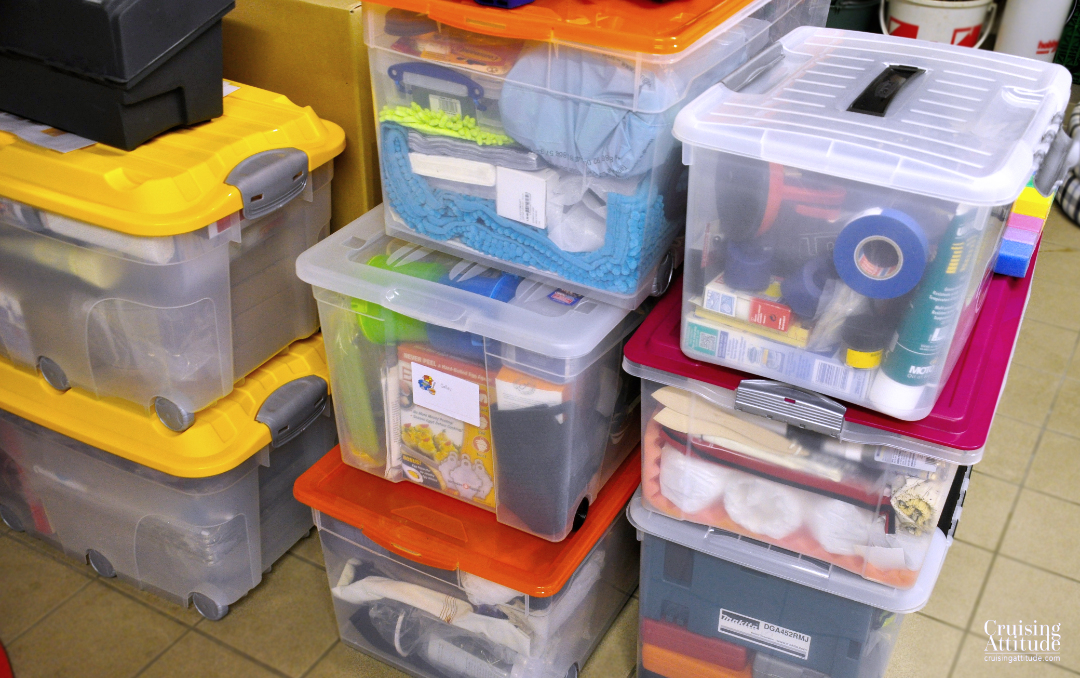 Some of the “stuff” we’ve been buying for the boat for the past 4 years. 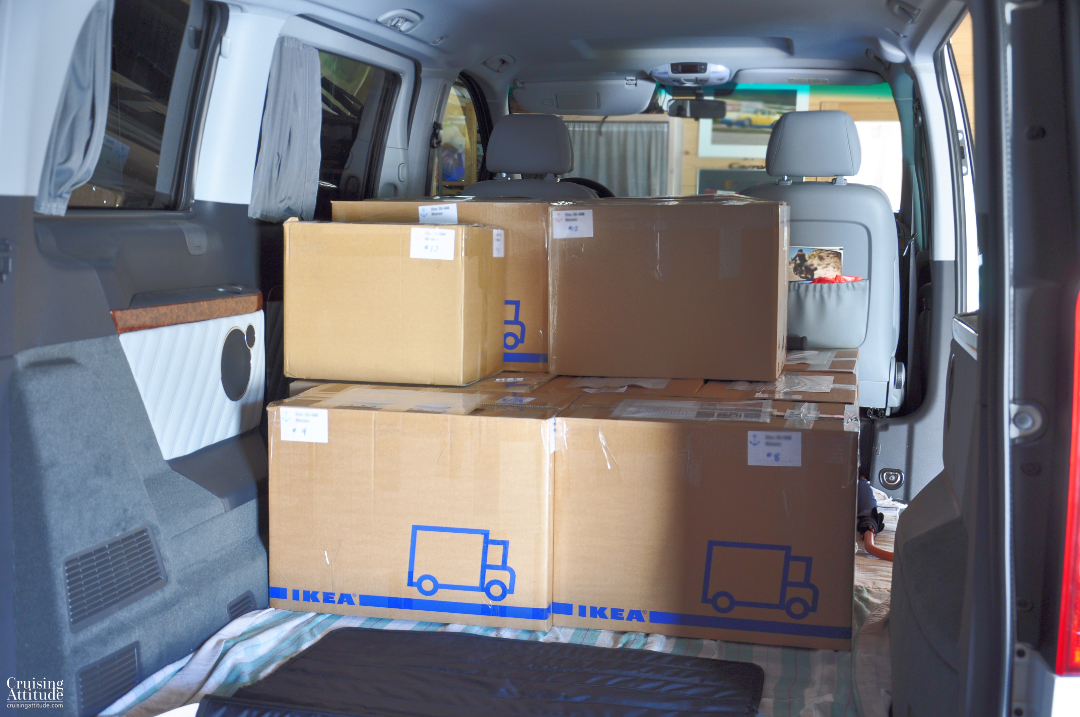 Launch day dawned relatively sunny and we arrived at the Discovery yard to find Freja ready to be lifted onto the trailer that was to take her to Saxon Wharf in Southampton.  One person was waxing and buffing the parts of the hull that had been in contact with the supports and another was applying anti-fouling paint to the bottom of the keel. 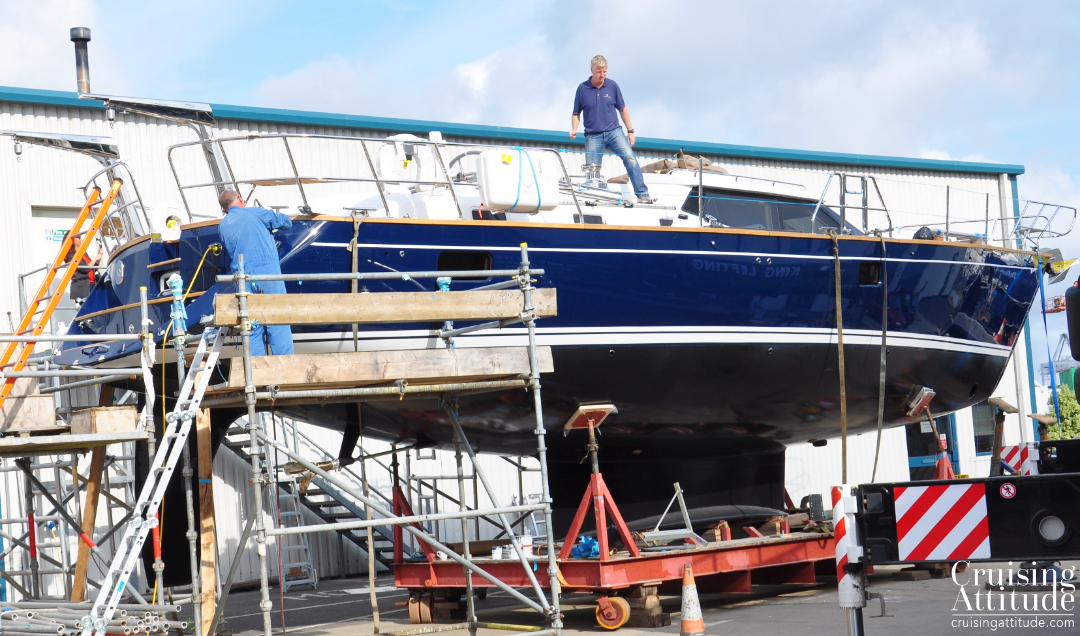 Applying the finishing touches to the wax

The first thing we had to do was to place all of our boxes into a storage container at the yard.  Since Discovery were going to have to check all the installations and do a couple of shake-down sails during the next 3-4 weeks, we couldn’t put all of our stuff in the boat yet. 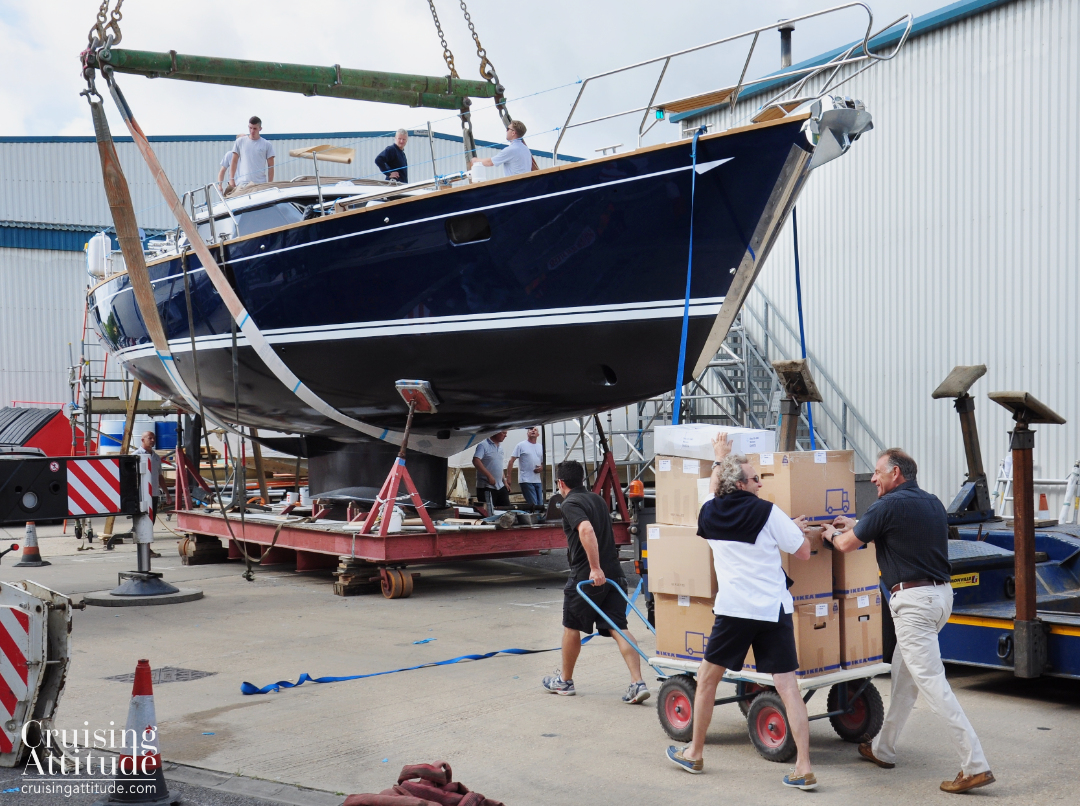 Taking our boxes to the storage container

The sensation that we were actually owners of a sailboat had finally and really sunk in, as we admired her in the sunlight. 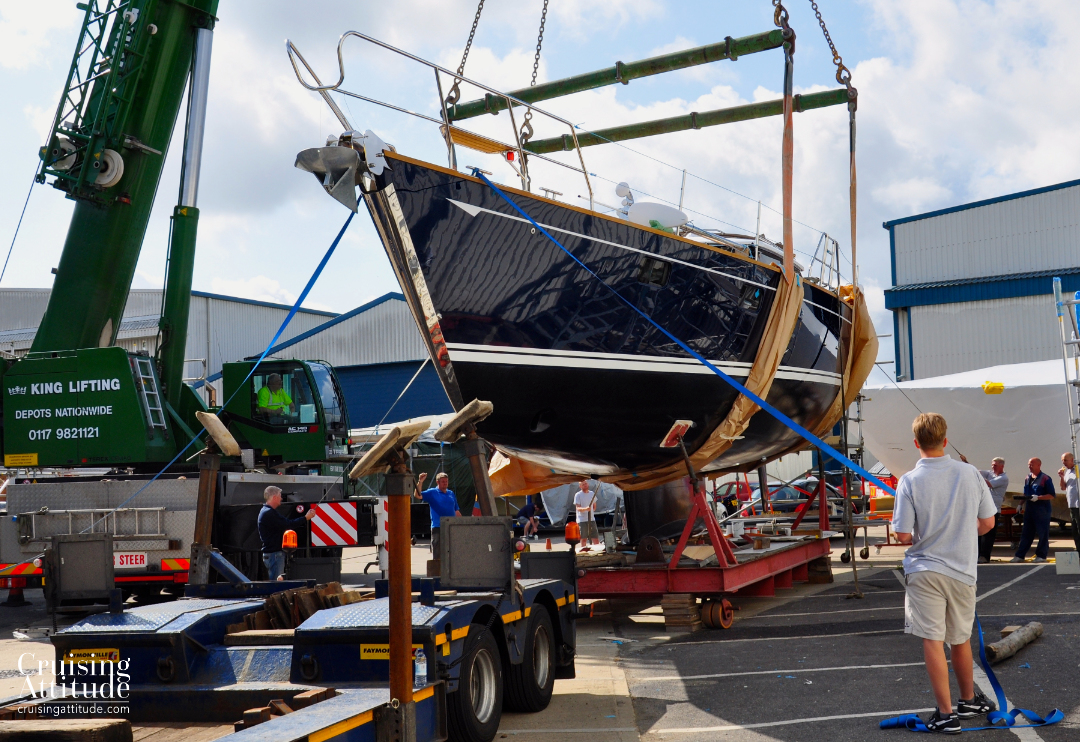 Beginning to lift the boat to transfer it to the trailer. 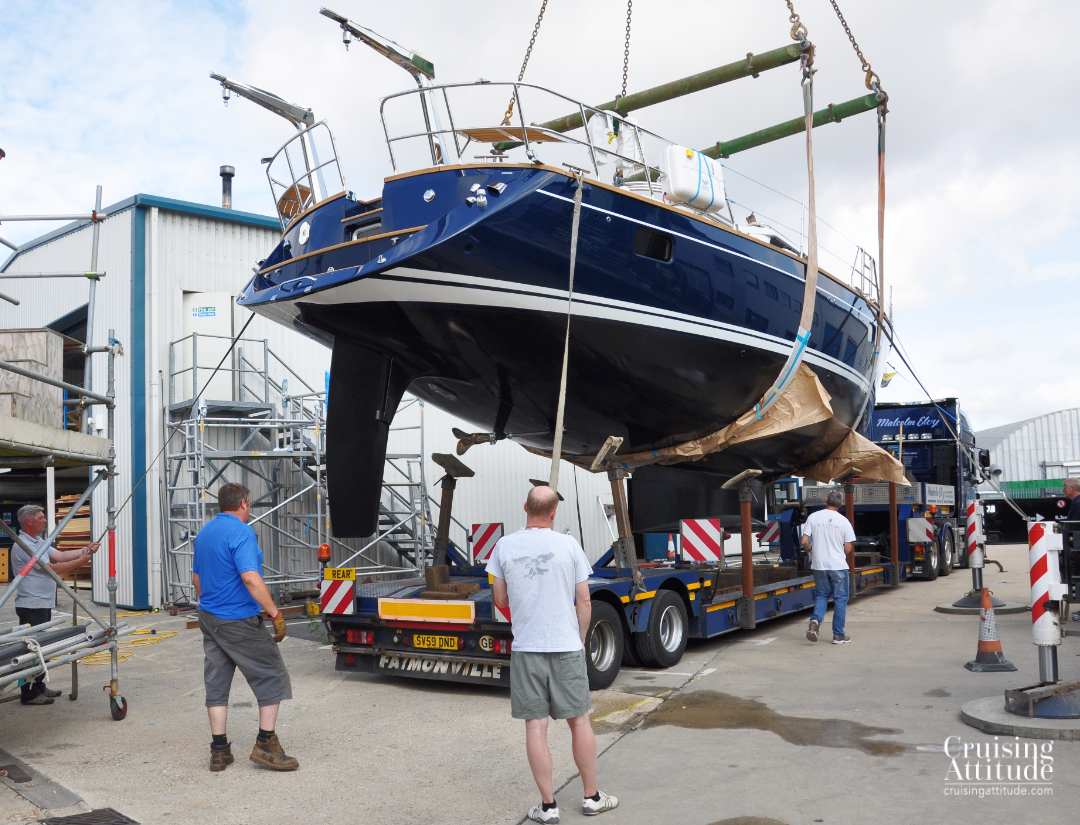 Freja being lowered into the cradle on the trailer

Freja was gently and meticulously placed into the cradle on the trailer and attached. We then followed the “convoi exceptionnel” (oversize load) from Marchwood, through Southampton, and then on to Saxon Wharf.  At Saxon Wharf we saw the hull of an Oyster 115 being built — it made Freja look like a Soling in comparison. 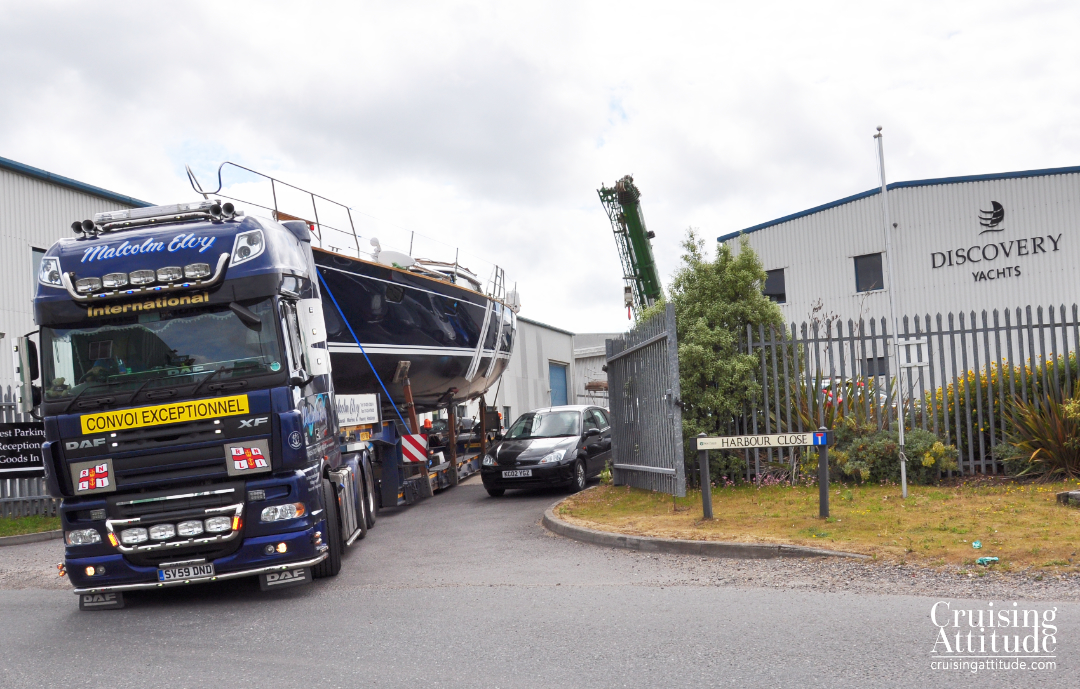 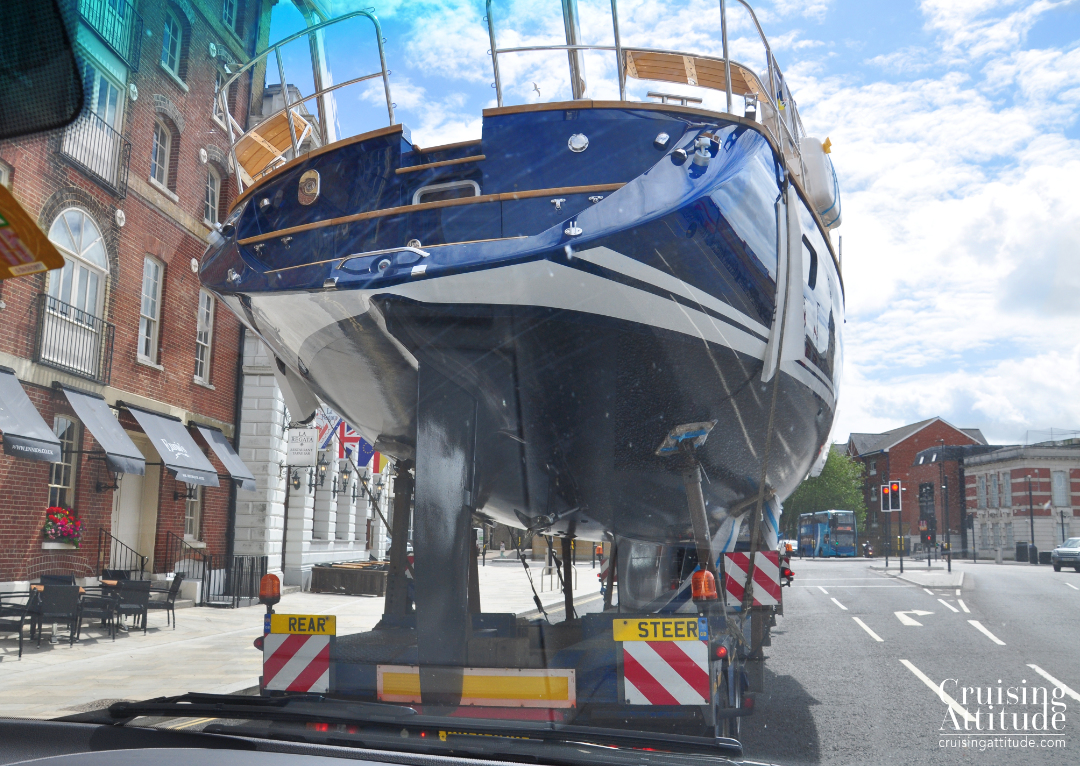 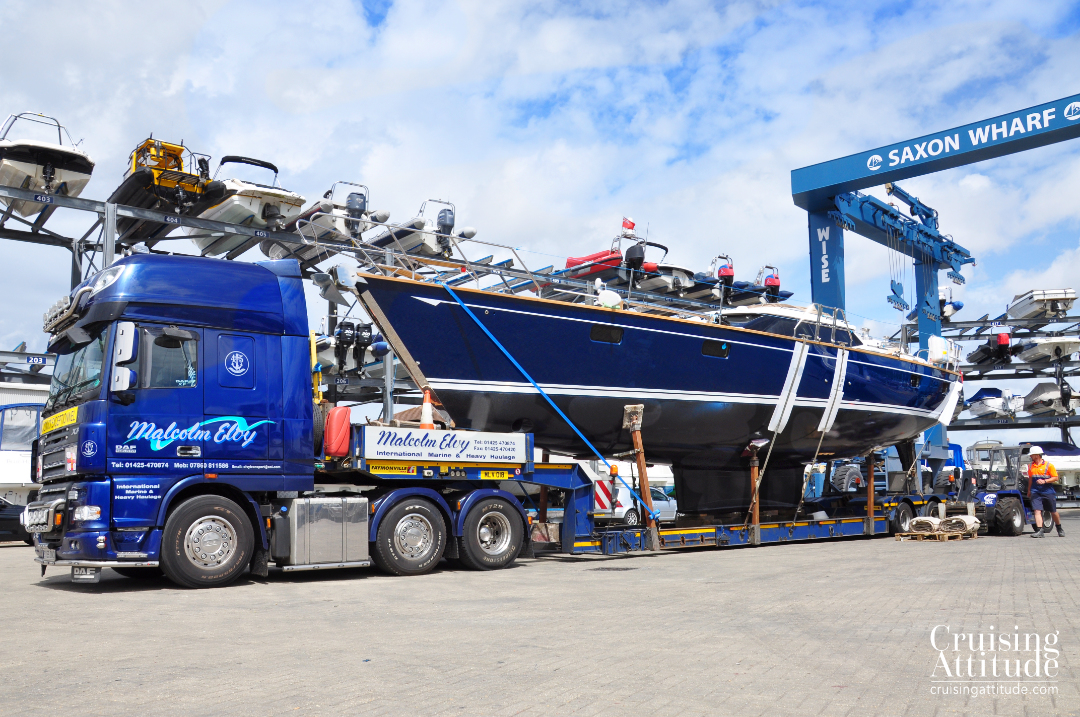 Arriving at Saxon Wharf in Southampton 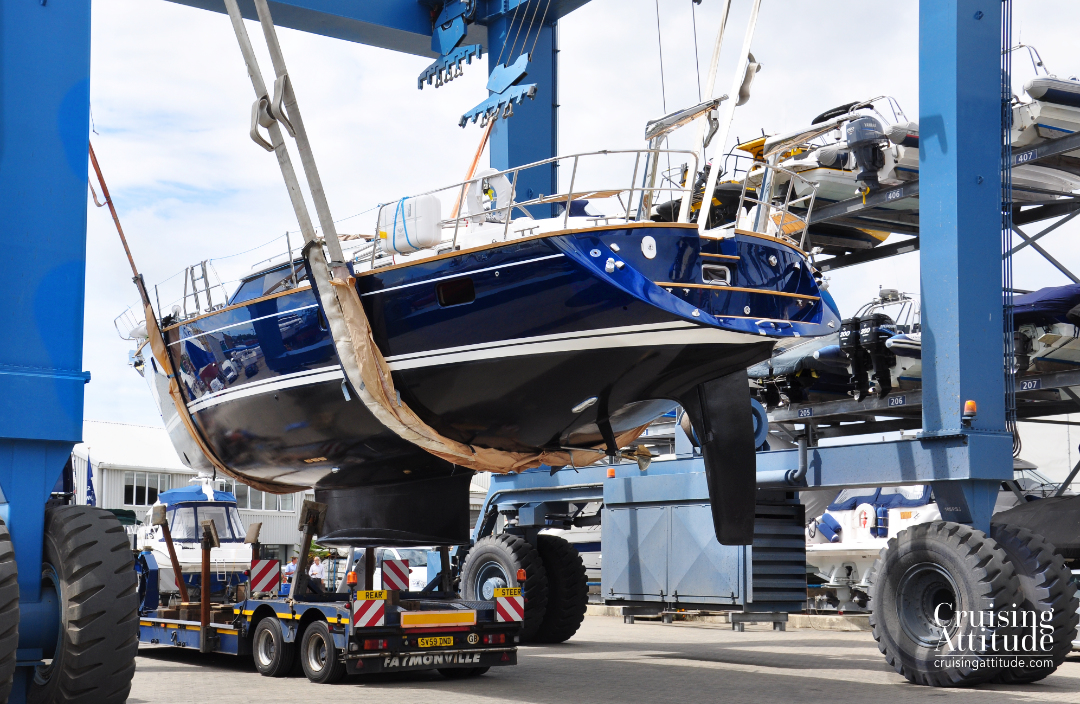 Freja being transported by the 200 tonne travel lift. 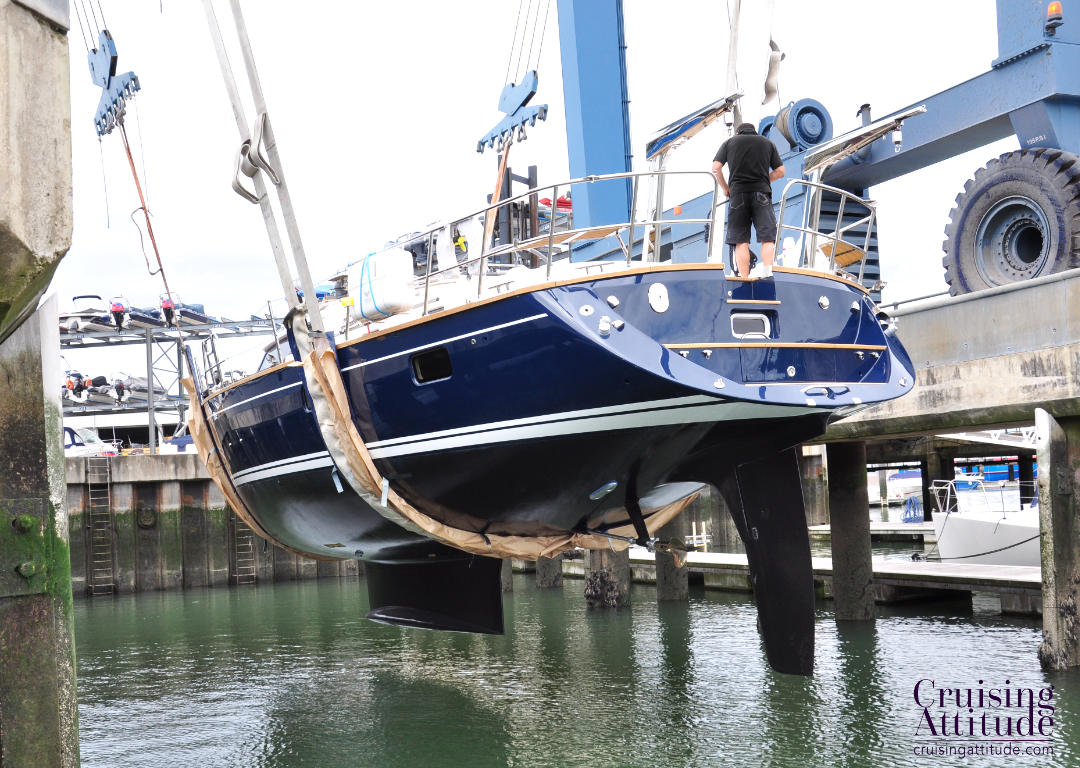 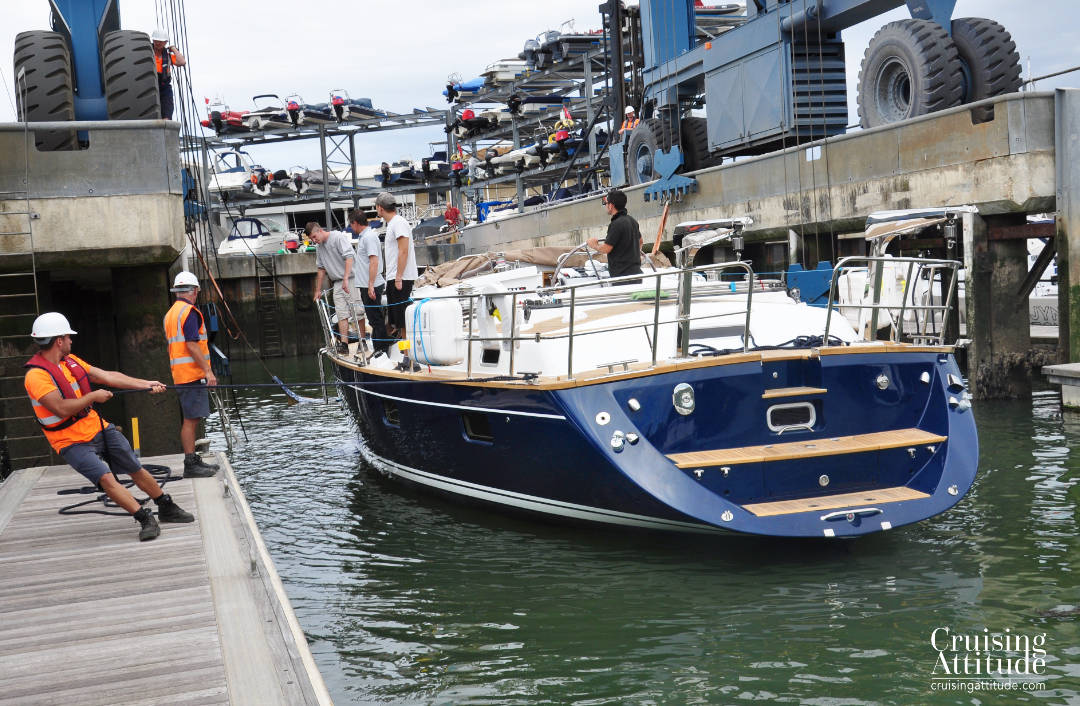 After being lowered into the water at Saxon Wharf, she was then tied up to the pontoon to be rigged. Two days later, Freja was driven to her temporary berth at Ocean Village Marina in Southampton. 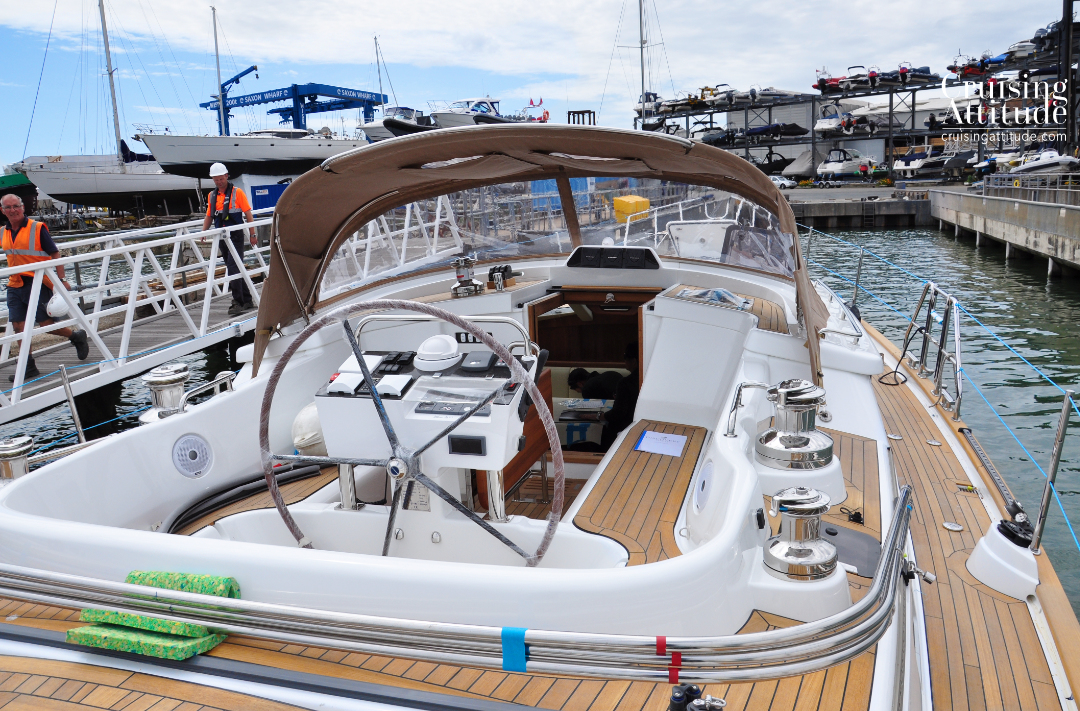 Freja at her temporary berth, waiting to be rigged.